Hello, Susnhines, I have the huge pleasure to be re-sharing my review for; Hunter Killer by Brad Taylor, for this publication day blog tour with Midas PR. I can’t wait to share this amazing book with you all again, firstly, I want to say thank you to Gaby and Sophie at Midas PR for inviting me to this tour. 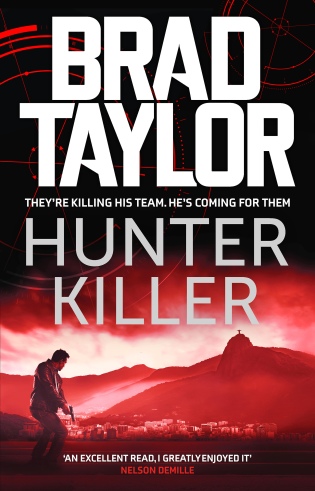 They’re killing his team. He’s coming for them.

The Taskforce were once apex predators, an unrivalled hunting machine that decimated those out to harm the USA, but they may have met their match.

While Pike is preparing to join the team on a counter-terrorist mission in South America, a friend is killed in South Carolina. The authorities believe it was an accident, but Pike suspects the attack was meant as a message to him. When he loses contact with the team in South America, Pike becomes convinced the Taskforce is under attack.

His men are the closest thing to family he has. He will do anything – even ignore direct orders to stand down – to find them.

Boy, oh boy!! This is an amazing, gritty, fast-paced, edge of your seat thriller right from page one, where it opens in dramatic fashion and doesn’t ease up once, right to the last page. The story grasps your attention and the imagination from the start, it’s a heart-stopping, exciting and riveting. Brad Taylor certainly knows how to fully engage a reader with his intense and engaging narrative and knowledgeable detail.

This is the first book by Brad Taylor I’ve read and it definitely will not be the last, I thoroughly enjoy his lightning speed and gripping storytelling which had me hooked. Hunter Killer is apart of the Pike Logan series, and even though there are aspects that I am assuming are connected with other books from the series you can very easily read this as a stand-alone, I will now be hunting down the previous books in the series to see where it all started.

This is one of those books that you can’t really say too much about, you can’t do an in-depth review off as there is so much entwined with the main story unless, of course, you don’t mind giving away or reading a huge amount of spoilers – something which I resolutely refuse to do. The lead character; Pike is a compelling and very complex man, it’s fascinating getting to know him, even though at times he did come across as though he was constantly living on the edge, his volatile emotions were constantly warring with his reasoning and he has an ever-present anger bubbling beneath the surface which makes self-control difficult especially in times when he needs a level head. I loved getting to know his team and the others in the Taskforce, the relationship between the characters are just as the back blurb says, they are ‘family’ each one is developed marvellously you become invested in this team, but don’t get too attached as with all thriller’s not all will come through the other side.

There are quite a few sub-plots which run side by side with the main story, in some ca this may be seen as busy or trying put too much into one story, but I really liked how these smaller sub-plots work themselves seamlessly within the main plot and how they become resolved before the finale.

This is a hugely enjoyable, stirring and addictive read and this series is certainly one to follow, if you love your twisty, fast-paced thrillers then you are going to love this one, I can’t wait to dive into more Pike Logan adventures!

Brad Taylor is the New York Times bestselling author of the Taskforce series, with nearly 3 million copies sold. He channels his decades of experience as a Special Forces Commander in the US army into his thrillers. In the 1st Special Forces Operational Detachment—Delta, Taylor commanded multiple troops, a squadron and conducted operations in classified locations. Now he lives in Charleston, South Carolina, with his wife and two daughters. 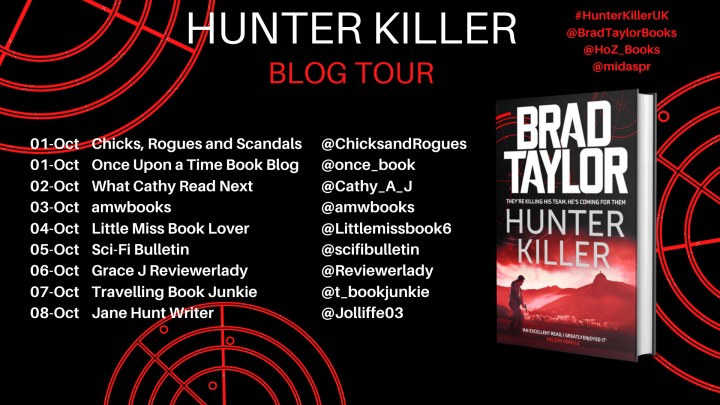