Hello, Sunshines, Thank you for stopping by! I have the huge pleasure to be apart of the book blitz for; Naked Truth; Or Equality, The Forbidden Fruit by Carrie Hayes. I can’t wait to share this book with you all, go on take a peek. 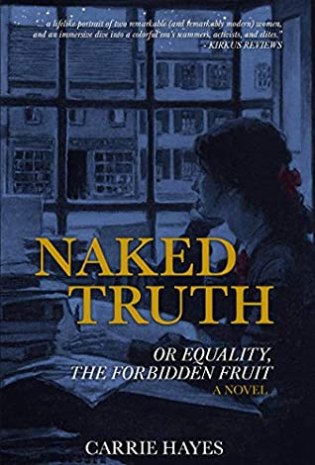 Naked Truth: Or Equality, The Forbidden Fruit: A Novel by Carrie Hayes

From Washington Heights to Washington D.C. comes a true American Herstory. Filled with intrigue, lust, and betrayal, this is the fight for sexual equality.

1868, on the eve of the Gilded Age: Spiritualist TENNESSEE CLAFLIN is smart, sexy, and sometimes clairvoyant. But it’s her sister, VICTORIA WOODHULL, who is going to make history as the first woman to run for President of the United States.

It starts with the seduction of the richest man in America. Next, they’ll take New York City and the suffragist movement by storm, because together, Tennessee and Victoria are a force of nature. Boldly ambitious, they stop at nothing, brushing shoulders with Harriet Beecher Stowe and Susan B. Anthony, using enough chutzpah to make a lady blush.

That is, until their backstabbing family takes them to court, and their carefully spun lives unravel, out in public and in the press.

Over the years, Carrie has tried a lot of things. She’s sold vacuum cleaners, annuities and sofas. She’s lived at the beach and lived in Europe. She’s taught school and worked in film. For a while, she was an aspiring librarian, but she fell in love and threw her life away instead. Back in the States, she started over, then met an architect who said, “Why don’t you become a kitchen designer?” So, she did. Eventually, she designed interiors, too. And all that time, she was reading. What mattered was having something to read. Slowly, she realized her craving for books sprang from her need to know how things would turn out. Because in real life, you don’t know how things will turn out. But if you write it, you do. Naked Truth or Equality the Forbidden Fruit is her first book. 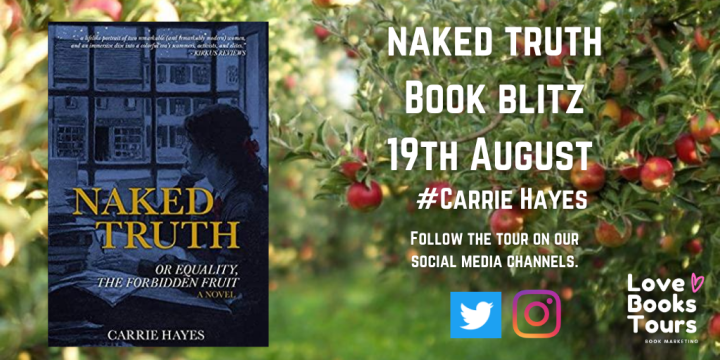