Hello, Sunshines! I am back again with another Weekly Book Bargains, this time I have a great collection of Historical Mills and Boons for you to treat yourself to. After all, don’t we all love a bargain? All of the bargains are from Amazon UK, and at the time of this post going live these books were on offer for £1.99 or less. I hope that won’t stop people from outside the UK from checking out the books on their preferred buying sites.

I have compiled a good mix of books which I am sure will suit all bookish tastes, so what are you waiting for?

Go on, go and treat yourself!

Who knew living with an Earl…

…would lead to such temptation?

Marianne Grant’s new identity as a governess is meant to keep her safe. But then she meets her new employer, Ash, Earl of Kingswood, and she immediately knows his handsome good looks are a danger of their own! Brusque on first meeting, Ash quickly shows his compassionate side. Yet Marianne doesn’t dare reveal the truth! Unless Ash really could be the safe haven she’s been looking for…

The man she once loved…

Rosalind is surprised to find Ash Hartfield – the man she eloped with seven years ago – on her doorstep! She’d felt betrayed by his abrupt departure to India following the revelations of their wedding night. Seeing him again still gives her butterflies but a lot has changed…not least that he’s now a duke! What will he do when he discovers her secret: that he has an heir?

‘I have just announced our betrothal’

Now there’s no going back…

In this Brides for Bachelors story, the Marquess of Rawcliffe has always found his childhood friend Clare Cottam enthralling, but any relationship has been forbidden by her strict father. Now the couple are embroiled in a heated argument that puts Clare’s reputation in danger, and Rawcliffe is forced to declare her his fiancée. It will be his pleasure to tame his independent, innocent bride…

An Innocent Maid For The Duke 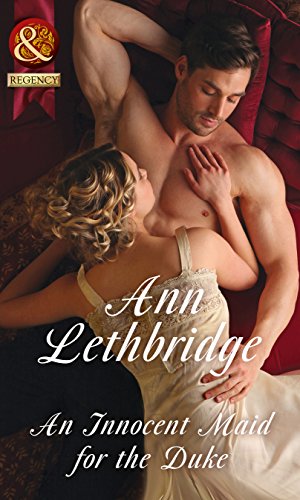 His lady in red…

Jacob, Duke of Westmoor, is feeling the weight of his recently inherited title, when a stolen kiss with a beautiful woman in his gentlemen’s club breathes life back into him. Until he discovers she’s a maid!

Unable to let the beautiful innocent go, he arranges for Rose Nightingale to become his grandmother’s companion. But living under the same roof, their attraction becomes impossible to resist!

From Governess to Countess

In this Matches Made in Scandal story Count Aleksei Derevenko hires governess Allison Galbraith for her skills as a herbalist, not as a mistress! But when rumours spread Allison is shocked by her wanton reaction to Aleksei. His inscrutable icy blue eyes promise white-hot nights of sin! She knows too well how fragile her reputation is, but will the price of their passion be worth paying?

A Warriner to Rescue Her

Tempted by the damsel in distress!

Captain James Warriner is startled to find a curvaceous beauty caught up a tree in his orchard! Despite his shattered leg, he rescues Miss Cassandra Reeves, then is determined to have nothing more to do with the enticing vicar’s daughter.

Except when Cassie seeks Jamie out to apologize, they find themselves persuaded to work together on her storybook. Secret liaisons with the dashing soldier make Cassie wish Jamie would rescue her once more…by making her his wife!

Cinderella and The Duke 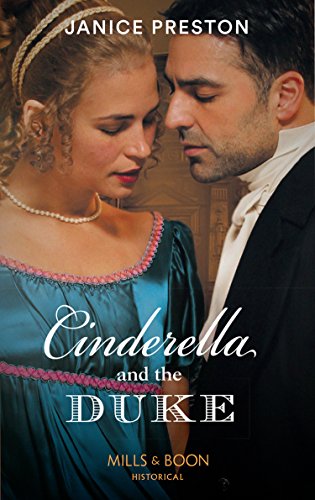 Falling for a duke in disguise!

Never welcomed into society circles, Rosalind Allen gave up her marriage prospects long ago—life has taught her she’ll only get hurt. So she’s shocked when an encounter with a mysterious stranger makes her long to reconsider…

Little does Rosalind know that her mystery man is Leo Beauchamp, Duke of Cheriton, travelling in disguise to evade the ladies of the ton! Impoverished Rosalind is the first woman to captivate Leo—but can he persuade this wary Cinderella to trust him with her heart?

The Ton’s Most Notorious Rake

But can she resist the ton’s most notorious rake?

Alone in the dirt, her ankle in agony, the last person Molly Morgan wants to come to her rescue is the handsome yet infuriating Beau Russington. Molly does her utmost to avoid scandalous rakes like Russ, and his dangerous allure shakes up her quiet country life. But the sparks between them could be explosive if Molly only dares to surrender…

Are you a romance and/or historical author who has some bookish news you would love people to hear about? Do you have a book on promotion, discount or new release? I would love to help you share your book news, you can get in touch anytime, via the Contact Me page.

One thought on “Book Bargain’s of The Week, Part 1; Mills and Boon Special. #ShareTheBookLove”