Hello Sunshines, I hope you are all safe and well?! I have the huge pleasure of being today’s stop on this brilliant blog tour for; Her Side of History by Claudia Severin, not only will I be telling you all about this great book, but I also have an amazing guest post from Claudia which I’m sure you will all love. So take a seat grab a cuppa and enjoy!

Her Side of History by Claudia Severin

Author Claudia J. Severin took things into her own hands when her genealogy research seemed limiting. Follow her foremothers, four mothers plucked from her family tree. She reimagines the lives of ancestral families in this anthology. Ina, the tragic suffragette, traded her college degree and teaching career for a loving husband and children in the 1910s, in the shadow of the Great War, but things did not work out as she planned. Mary, a German immigrant, finds love with an Iowa farmer, and crosses the state in a covered wagon with his entire family to become a homesteader on the Nebraska plains in 1869. She didn’t know that Indian encounters, prairie fires and locusts would threaten her and her rapidly growing family. Nellie fell for the bad boy, the Good Time Charley who didn’t let a little thing like Prohibition stand in his way. She tries to control his drinking and spending, while supporting her family in times of calamity in the 1920s and 1930s traveling from Nebraska to Kansas and back again. Katie finds herself the sole heir to her father’s farm in southeastern Nebraska decades after the Homestead Act took most of the land ownership out of play. She enjoys playing the flirtatious games learned from her older half-sisters. But are her suitors interested in her or her inheritance?

Some Degree of Happiness by Claudia Severin

“And they lived happily ever after.” Is this just a fairy tale? I tried to end each of my four stories in my book, HERside of HIStory—Finding My Foremothers’ Footprints on a positive note. However, I don’t think I have seen anyone live every moment happily. At some point, we all have to die, and that may involve some pain which I would interpret as unhappiness. I think the best we can hope for is “mostly happiness.” That’s what I should start wishing people, a life with mostly happiness, or more good than bad.

One of the first thing you read when you are trying to learn better writing skills from those with experience, is that conflict makes the story. Conflict reeks of unhappiness. I certainly found that it was more fun to write about people arguing or undermining each other than those who were always pleasant and agreeable. One could even argue that a certain degree of unhappiness is necessary for happiness to occur. A cosmic duality, yin and yang if you will. You don’t know what you got till it’s gone.

So you have to expose a problem or two when writing a novel and show how your heroine overcomes the adversity. And grows. Or yes, this experience is supposed to make her grow in some way. I don’t know about you, but in real life dealing with adversity just makes me tired. Or if makes me grow older. Not so much wiser, but maybe I am selling myself short.

In that vein, I am going to add some “outtakes” from the aforementioned book. The section “Nellie” contains the most conflict. I omitted this part of the story when I was trying to cut back on the content. Stephen King suggested reducing your book by 10% in the second draft, and I took his advice. This was on the cutting room floor, so to speak:

This scene takes place in Brewster, Kansas, in 1919 after Nellie and Ben had been dating awhile, and she realized they kept having the same argument: She knew it was time to be as honest as she could with Ben, and hoped he would do likewise, even if it meant they had to stop seeing each other.

“This is not working for either one of us,” she told him a few days before Thanksgiving, as they were walking to the Cochrane house, where she was picking up her sister, Zella. “I think we are getting too old to go out partying every weekend. For one thing, it is too expensive. If you are ever going to have anything worthwhile in life, you have to save your money to buy a house or a farm, something that is an investment. I know you say that you don’t want to turn into your father, and have all those responsibilities, and that is your choice. But going forward, I think that is what I want for my life, to have a business or a job, be able to have some sort of stable home life, with children, and just do what other people do. I think we just want different things. Maybe we are wasting our time trying to be together.”

He was clearly a little shocked. “You’re telling me after all this time, you don’t wanna be with me? Now you want someone like your daddy. I think you would just get bored. Maybe I won’t want to be a free spirit forever, but I am still sowing my wild oats after being cooped up in that so-called army training camp for almost two years. But, hey, if that is what you want, I guess it ain’t me.”  With a note of sarcasm he added, “See you around, Sweetheart.”  Then he turned on his heel and walked the other way, back toward the store.

By Thanksgiving Day, she had gotten past the initial pain of breaking off a relationship, but she had not gotten up the nerve to mention it to her family. It was easier just to not think about him at all. She was in the middle of making her favorite chocolate meringue pie when she heard a racket outdoors and looked out to see her young brother, Verner, and her nieces Lazetta and Beth all laughing over a dark furred puppy that Ben was holding out to them. Oh no, she thought. Why is he here?  I suppose he was invited weeks ago, maybe Mom even mentioned it to him, but surely he realized that everything has changed now.

Just then, five-year-old Beth came running into the kitchen, cradling the dog, followed by the others. “Aunt Nellie, look. Look what Ben brought for me!  Isn’t he just adorable?  I’m going to call him Gobbler cuz I got him on Thanksgiving. Do you want to pet him?”

She gave the dog a pat, and had to admit he was very cute. Then Beth raced off to show the puppy to her grandfather, who was in the living room. Nellie gave Ben a questioning look, but he simply acted as though everything was fine, and he went to talk to her father about the dog. That just made her angry, as she was two days into forgetting about him, and he just showed up as though nothing had changed. At the dinner table, she didn’t speak to him unless it was to ask to pass the potatoes, but kept glaring at him while he tried to entertain her family with his witty anecdotes. No one seemed to notice except for Zella, who began to look back and forth between Nellie and Ben. She confronted Nellie when they went back into the kitchen while clearing away the dishes.

“You two had another fight, didn’t you? No, NO…you broke up with him? And he still came to dinner?” Zella asked, reading Nellie’s face.

She hadn’t expected her tears to betray her, but she wasn’t able to stop them. She reached for her heavy coat hanging on a hook in the hallway. “I’m going outside. Would you ask him to come talk to me?”

“Aren’t we having dessert?” Ben called out, when he found her on the back porch.

“Dessert?  No, this is the part where you explain why you are here. Why did you come to Thanksgiving dinner with my whole family after we broke up? I thought you agreed that we didn’t belong together.”

“I don’t do explanations or apologies, I thought you’d figured that out,” he muttered. “But I’m here, I want to be here. I’m willing to try it. Can’t you just see that?”

“What do you mean, you are going to try?  Are you saying you’re going to settle down, stop going to the clubs, save your money, plan a future?  What is it you are trying?” she asked, wiping away a warm tear from her frozen cheek.

“Whatever you want. I am trying to be what you want. I want to be with you, and if that is what you want, I will try.” She smiled then, not quite believing her ears, and wrapped him in a warm embrace.

“Can we go have some pie now?” He sounded like a little boy.

You will find the rest of Nellie and Ben’s saga in the recently published book. 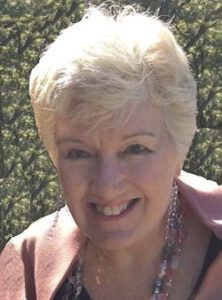 Claudia Johnson Severin lives with her farmer husband on a southeastern Nebraska farm that was homesteaded in 1869 by her husband’s great-grandparents, a setting for a portion of her anthology. At one time, the farm was home to dairy cows and chickens, as well as children. The cows, chickens, and children have all moved on, along with her day job. She spent a year researching many branches of her family tree, but decided the facts she uncovered did not leave enough to the imagination. She applied imagination to the facts and came up with this book.

When she is not writing, she is constructing one-of-a-kind play structures for her grandchildren. She is a graduate of the University of Nebraska College of Journalism and a Cornhusker football fan.

Saturday, April 4
Review at Reading is My Remedy

Thursday, April 9
Excerpt at What Is That Book About

Friday, April 10
Interview at Passages to the Past

– Giveaway ends at 11:59 pm EST on April 10th. You must be 18 or older to enter.
– Paperback giveaway is open to the US only.
– Only one entry per household.
– All giveaway entrants agree to be honest and not cheat the systems; any suspicion of fraud will be decided upon by blog/site owner and the sponsor, and entrants may be disqualified at our discretion.
– The winner has 48 hours to claim prize or a new winner is chosen. 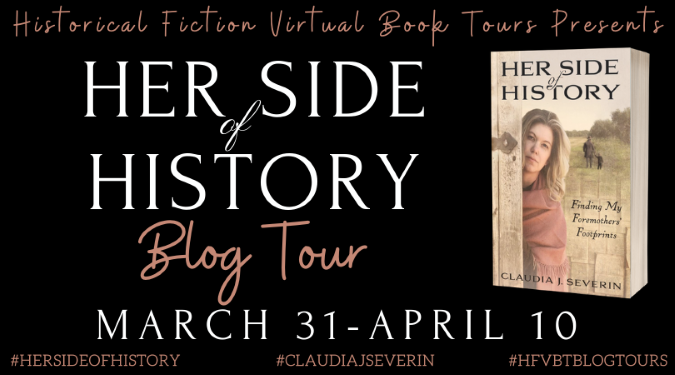