I have the great pleasure to welcome Historical Romance author; Jayne Davis to Chicks, Rogues and Scandals for an exclusive interview.

I write historical romance, set in the late Georgian/Regency era, published as both ebooks and paperbacks.

I was hooked on Jane Austen and Georgette Heyer as a teenager, and longed to write similar novels myself. Real life intervened, and I had several careers, including as a non-fiction author under another name. That wasn’t quite the writing career I had in mind…

So here I am, finally publishing fiction. I hope you enjoy my stories.

Frankie Hi Jayne, Welcome to Chicks, Rogues and Scandals! Thank you for taking the time to chat with me today.

Firstly what five words would you use to describe yourself?

Frankie Hahaha, not cheating at all. If you could take a holiday in any era and place, When and where would it be? And Why?

As a lover of the British countryside, I’d be fascinated to see how it has changed since then. Today, in Britain, we are used to a landscape outside cities that is mainly fields and small patches of woodland, or bare mountains and moorland. Back then, much more of the country was covered in trees. I’m also a fan of Ellis Peters’ Cadfael books – although I feel no inclination to set my historical romances in that period.

Frankie Oooh, yes! That sounds fabulous, Can you tell us a little about latest release? This can be your most recent or up-and coming release.

Jayne I have only one book out so far – The Mrs MacKinnons, a romance set in England in 1799. I had this and another full-length novel written as a hobby before I decided I really could publish them. Both have been extensively critiqued and revised, and are now so much better than my initial attempts! However I have also learned a lot more about book marketing, and the next novel (Playing with Fire) will sit well as the 2nd or 3rd book in a series, so now I am writing a novella to start the series (Sauce for the Gander), and possibly another novella that will be the 2nd in the series. They are all set in England, in the late Georgian period. All can be read in isolation, but it makes sense to publish them in chronological order of the stories. So maybe Sauce for the Gander will be out by Christmas (crosses fingers and resolves to spend less time procrastinating on the internet!) Find out more on my website.

Frankie This sounds brilliant! Who was your childhood hero?

Jayne The Apollo astronauts and Amy Johnson! This might seem strange for a writer of historical romances, but my first career was as an engineer, and as a teenager I was fascinated by space and aeroplanes.

Frankie Not strange at all, If you could have one of your books made into a film, which book would it be and who would play your lead characters?

Jayne Playing with Fire – possibly an unfair answer as it’s not published yet (but if anyone fancies being a beta reader, get in touch!). I love the characters in The Mrs MacKinnons, but a lot of the story depends on characters feelings and thoughts rather than actions, and I’m not sure how that would translate to film. Playing with Fire has more action, a feisty heroine and likeable hero. I’d pick Aiden Turner for Alex (although he won’t need to take his shirt off, sadly), and maybe Emma Watson as Phoebe. 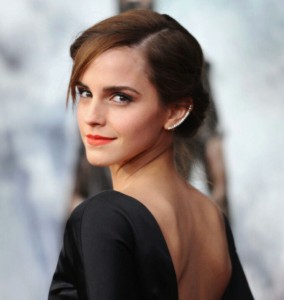 Frankie Sounds great! Out of all your work, who is your favourite character and why?

Jayne I like most of them (apart from the villains!). I’m going to pick a secondary character from The Mrs MacKinnons. Sergeant Webb had a horrible childhood (as many of the ‘lower’ classes did in the 19th century), but still has an underlying decency. He’s just the kind of managing sergeant any officer needs, and he still acts like that when he finds himself in civilian life again.

Frankie Where does your inspiration for your books come from?

Jayne Thin air? It’s difficult to know, really. The idea for The Mrs MacKinnons came about when I wondered what would be involved in renovating a derelict house a couple of centuries ago, then the rest developed from that. Given that I wanted to write a romance, I needed to work out who the house belonged to, why it became derelict, why the owner (who would almost always have been a man in those days) would need help to renovate it, why a woman would agree to do so, and so on. Some of the characters seemed to just appear on their own. Webb, who I mentioned above, was initially just a means of getting Matthew out of prison in the prologue to the story – but then he seemed to elbow his way into the story. If that makes me sound a bit of a nutter – welcome to writer’s brain!

Frankie What three tips would you pass on to an aspiring author?

Jayne Just write. Even if it’s rubbish, get it down. You can edit it later.

Join a critique group. This can be a local author society, or a website – I’ve made good virtual friends on a site called Scribophile, where we critique each other’s stories. To me, this is easier than showing my work face to face.

Get an editor, doesn’t have to be a professional, but someone with a good grasp of grammar. You can never spot all the mistakes in your own writing.

Frankie Those are wonderful tips, Thank you. If you were hosting a dinner party what three people would you invite? (They can be real/fictional, from any era)

Jayne Ooh, difficult! I’m going to stick to women, as men have had most of the chance to express their views over the years. Mary Wollstonecraft, I think, as a free thinker of her time. Caroline Herschel, sister of William Herschel (who discovered Uranus, amongst many other things) but was an astronomer in her own right. Finally, Lady Mary Stanhope, explorer and archaeologist.

Frankie Brilliant! Thank you for taking the time out of your busy schedule to chat with me today, Jayne. I have just one more cheeky question, just for fun . . . What is your all-time favourite naughty but nice food? 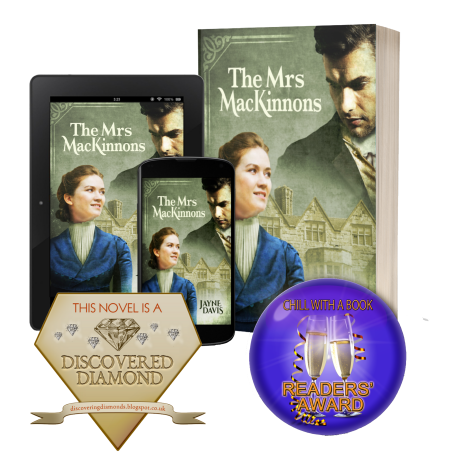 Major Matthew Southam returns from India, hoping to put the trauma of war behind him and forget his past. Instead, he finds a derelict estate and a family who wish he’d died abroad.

Charlotte MacKinnon married without love to avoid her father’s unpleasant choice of husband. Now a widow with a young son, she lives in a small Cotswold village with only the money she earns by her writing.

Matthew is haunted by his past, and Charlotte is fearful of her father’s renewed meddling in her future. After a disastrous first meeting, can they help each other find happiness?

The Mrs MacKinnons is available now and can be found at Amazon.

Enjoyed reading this interview – thank you!

Thank you, Lynden! I am pleased that you enjoyed it.

A proud Yorkshire Lass, who is fond of a good cuppa and overly enthused with cake and biscuits.
Full-time carer and owned by my elderly dog.
Avid reader and reviewer of many genres especially romance and historicals.
A budding writer and passionate about history and 'Happily Ever Afters.