I have been Tagged to do the Disney Book Tag by the wonderful Shivalika from The Whimsy Journal’s.

I have to say that I was very interested and excited to be included in the Tag Game so here is mine.

The Little Mermaid: a character who is out of their element, a fish out of water.

I’m going to go with Billy Blade from Gaelen Foley’s : Lady of Desire (The Knight’s #4) He is a rough and rugged leader of an East End gang, who is forced off the street’s and back into the society he left as a child and Billy has to learn all etiquette all over again.

Cinderella: a character who goes through a major transformation.

I have to go with Sophia Fry from Mary Balogh’s : The Arrangement ( The Survivor’s #2). She start’s off as being called “the Mouse” and being ignored and put down and in the end she end’s up a Viscountess.

Snow White: a book with an eclectic cast of characters.

The Secret’s of A scoundrel by Gaelen Foley for me, it is full of spy’s, pirate’s,  kidnapper’s, prostitute’s, and a mix of everything in between

Sleeping Beauty: a book that put you to sleep.

I hate to say it but I have to say Stephanie Lauren’s : On A Wild Night (Cynster #8) which is a shame as I do really like her work but I did feel that this one did drag.

The Lion King: a character who had something traumatic happen to them in childhood.

This has definitely got to be Ian Mackenzie from the Mackenzie Series by Jennifer Ashley. Without giving anything away, Ian witnessed a awful even as a child that had him detained in a asylum.

Beauty and the Beast: a beast of a book (a big book) that you were intimidated by but found the story to be beautiful.

There are three that are quite big book’s, it’s the Languedoc Trilogy by Kate Mosse. Labyrinth,, Sepulchre and Citadel. Each one has it’s one beautiful story and the way that they are all interlinked together is really lovely.

Aladdin: a character that gets their wish granted, for better or worse.

This for me is definitely Heathcliffe out of Wuthering Height’s, all his life he has wanted to be with Cathy and he doe’s eventually get to be with her. Do I have to say any more about him?

Mulan: a character who pretends to be something or someone they’re not.

In A Year Of Living Scandalously by Julia London, Kiera Hannigan and her cousin Lily swap place’s and Keira end’s up living as the Countess of Ashwood for a year.

Toy Story: a book with characters you wish would come to life. 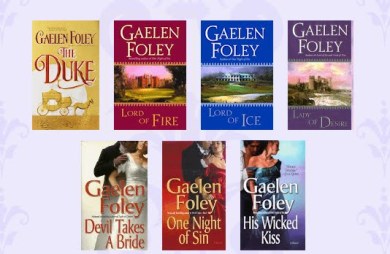 I would definitely love the entire Knight clan to come to life, from Gaelen Foley’s; The Knight Miscellany and The Spice Trilogy. Pure Heaven!

There are so many Villain’s out there. . .I am going to go with Valantine Napir from the Maiden lane series, he really is quite evil but yet he is so enthralling to read and with him being focus of the next Maiden lane series : Duke of Sin out soon, we will get to know so much more about this intriguing man.

I Tag for The Disney Book Tag

A proud Yorkshire Lass, who is fond of a good cuppa and overly enthused with biscuits.
Full-time carer and owner of a demonic Patterdale Pup.
An avid reader and enthusiastic reviewer of many genres.
A budding writer and passionate about history.... I swear I was born in the wrong era.